One of the hallmarks of 4X games is the ability to use different approaches to achieve victory. These may include crushing your enemies on the battlefield, creating an economic superpower, or achieving cultural or scientific nirvana. I still remember watching my father play the original Civilization and being confused as to why he would waste his time with trade caravans and cultural wonders. Why bother when you can build tanks!? Today we are looking at how gender, age, and gaming motivations influence player preferences in 4X titles.

One of the hallmarks of 4X games is the ability to use different approaches to achieve victory.

In addition to the Gamer Motivation Profile, we have research surveys that gamers can participate in. These surveys tackle a variety of game preference questions, and we can link gamers’ responses back to their motivation scores. 1,082 gamers participated in this research survey. In the survey question about 4X strategy preferences, 190 individuals indicated that they were not familiar with the genre, resulting in 892 valid responses.

While science is the most popular path to victory for both men and women, there are clear differences between male and female gamers in terms of their preferences for other strategies. For women, pursuing a culture win is a very close second to scientific victory, whereas for men, a militaristic approach was a distant second. In fact, men are three times more likely to seek victory through military conquest compared to women, while women in turn are three times more likely to pursue cultural domination compared to men.

Science is the most popular path to victory for both men and women.

Economic victories and “No Preference” responses did not show significant gender differences. 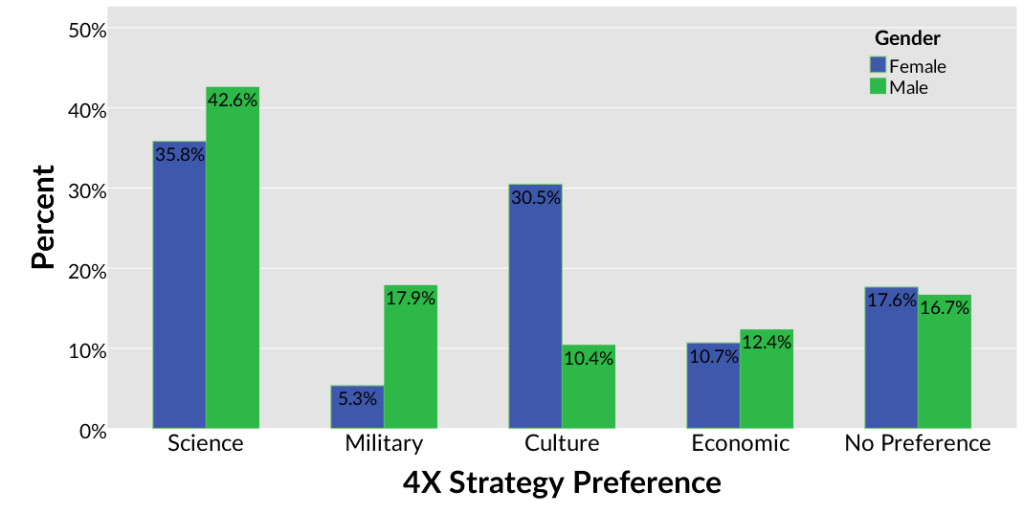 The average age of players seeking scientific and cultural victories is 28, while the average age of those winning through military or economic power is 25. Interestingly, gamers showing no preference for their 4X strategy averaged right in the middle at 26. One explanation for this could be that “no preference” players are in a transition phase where all options are equally compelling before eventually settling into more scientific or cultural play styles. 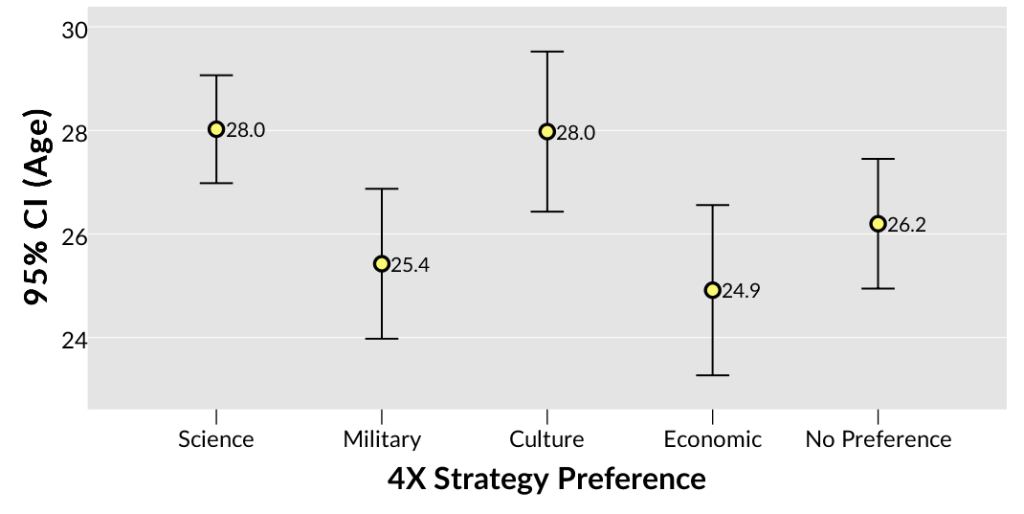 The findings are consistent with prior analyses that we have done showing that older gamers prefer less confrontational methods of achieving victory. They prefer to engage from afar in shooters, show less interest in direct competition, and are more likely to seek cultural and scientific victories. 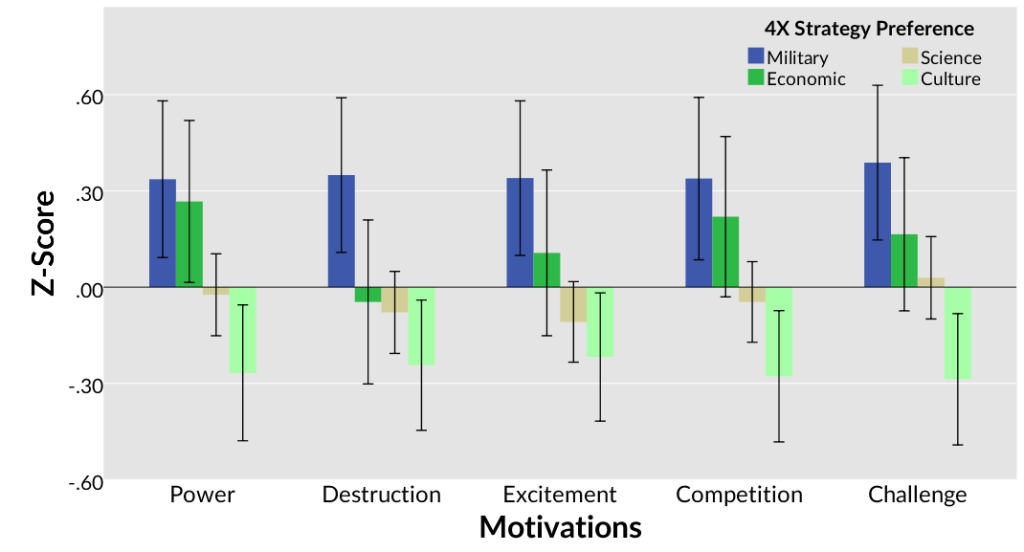 In our motivation model, Power encapsulates the drive to attain power characters and weapons as well as the accumulation of wealth and strategic resources. Our data shows that these drives are highly correlated and coalesce around a single factor. In this light, it makes sense that both Military and Economic players score higher on Power.

Competition also trends higher for both of these styles of play. When you consider the head-to-head nature of combat, and the scramble for finite resources required for economic dominance, this is not surprising.

Are you a world-conquering general? Maybe you prefer the finer things in life and achieve victory through cultural superiority. Or maybe you’re an economic force of nature that controls the world’s resources and wealth. Tell us about your preferred 4X path to victory, and which of the available 4X games provides the most compelling gameplay experience for you.