Solo Board Gamers: Who Are The 1%?

Given that most board games are primarily designed to be a social activity, solo board gamers at first glance seem like misplaced unicorns. On the other hand, BoardGameGeek has annual awards for solo games, its catalog takes care to tag the opportunity for solo play and solo variants, and many games do support solo gameplay. So there is clearly demand for solo gameplay.

Do you play board games? Take a 5-minute survey to get your Board Game Motivation Profile and see how you compare with other board gamers.

In this blog post, we’ll dive into our data from over 100,000 board gamers to explore solo board gamers, who they are, and how they are different from other board gamers.

Data From the Board Game Motivation Profile

The Board Game Motivation Profile allows gamers to take a 5-minute survey to get a personalized report of their gaming motivations, and see how they compare with other board gamers. Over 100,000 board gamers have taken this survey. The 11 motivations that are measured in our model were identified via statistical analysis of how gaming motivations cluster together.

What Board Gaming Motivations Are In Your Model? 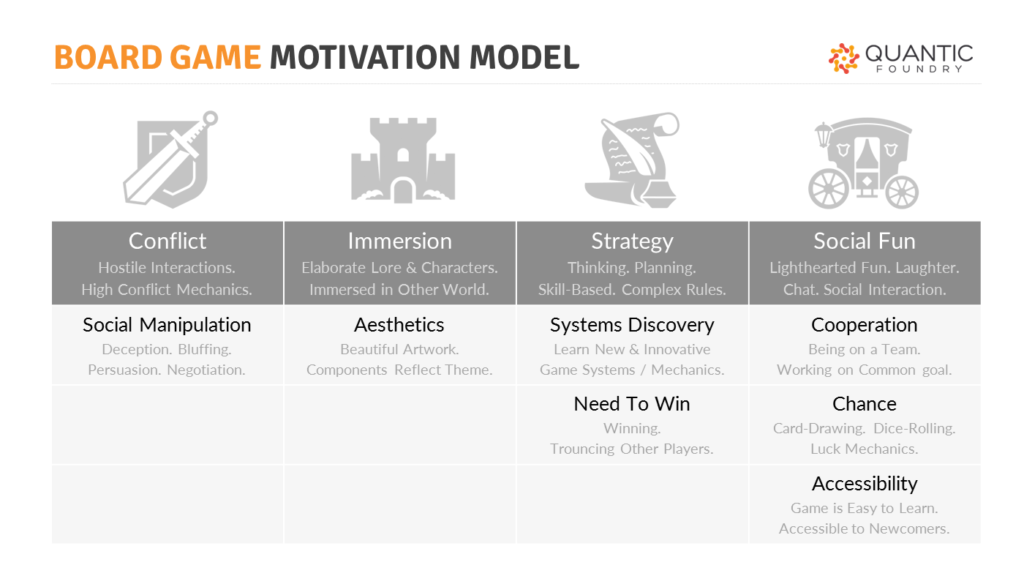 In the survey, we also ask gamers to indicate their preference for the number of players for a board game. This is the question we used to segment gamers for the analysis.

Solo Board Gamers Are The 1% 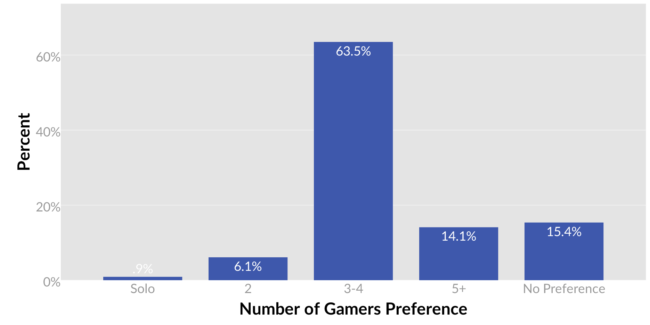 This chart highlights just how unique solo board gamers are. With a prevalence of 1%, even a survey of 1,000 board gamers would yield only 10 solo board gamers—not enough for statistical analysis. Fortunately for us, we have a sample size of over 100,000.

Male and Female Gamers Are Equally Likely to Be Solo Gamers 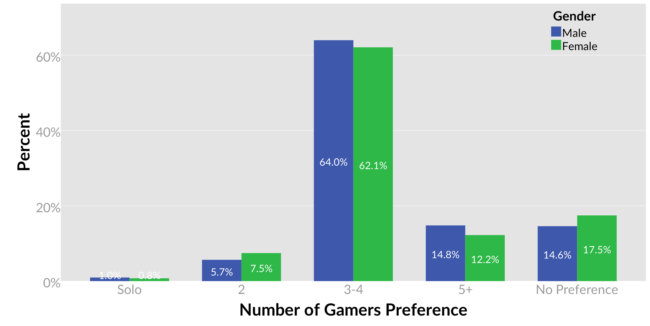 The prevalence of solo board gamers is right around 1% for both male and female gamers. And again, the majority of both men and women prefer board games with 3-4 players.

Solo Board Gamers Are Much Older

Games that require more players tend to attract slightly younger gamers, and solo board gamers are much older than other gamers (about 5 years older than gamers who prefer 5+ player games). 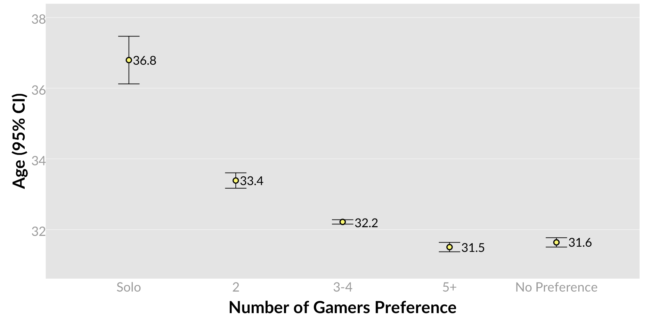 This suggests that the appeal of solo board gaming may be related to gaming motivations that vary with age. In our data, the motivations that change the most with age are (precisely) the social-oriented motivations: the appeal of Social Manipulation (bluffing, deception, and negotiation), Conflict (attacking, stealing from, or obstructing another player), and Social Fun (laughter, cheer, and silliness) all decline with age.

This trend would suggest that solo gamers ought to have the strongest preference for shorter game durations, but that’s not what we found. 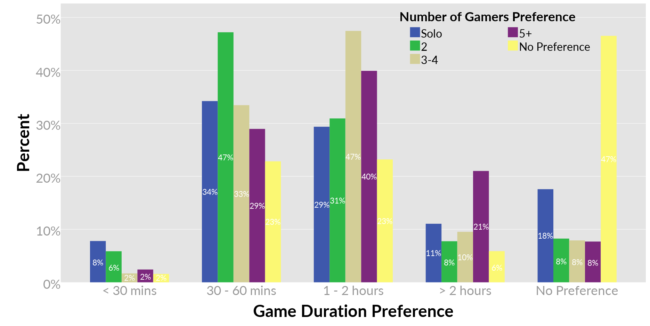 While it’s true that solo gamers are more likely to prefer <30 min game durations, their interest in most game durations is in line with the averages. In fact, their interest in >2 hour games is the second highest of all the groups. So solo gamers aren’t simply looking for quick gaming sessions; they are just as likely to want the same game session length as other gamers.

Unsurprisingly, solo board gamers are most different from other board gamers in terms of their much lower interest in Social Fun and Social Manipulation. The unintuitive finding is that their strongest motivations (relative to other board gamers) are Immersion (lore, characters, immersed in another world) and Aesthetics (beautiful artwork, components that reflect theme). 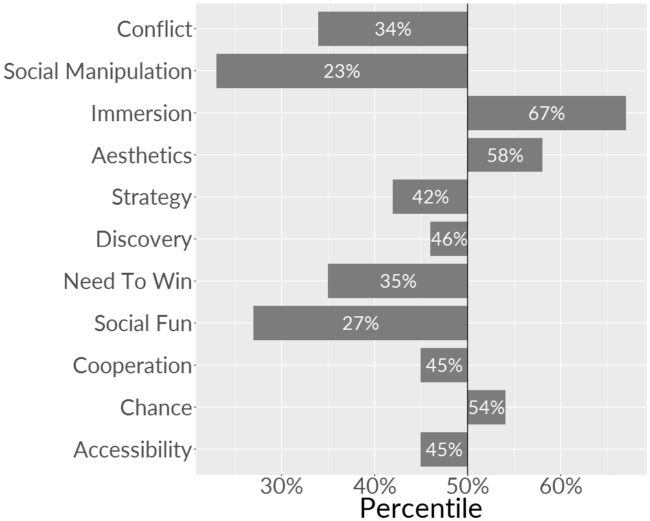 This means that solo board gamers are particularly interested in rich themes, world building, and game components that help make this alternate world more tangible.

What Games Are Solo Board Gamers Playing?

In the Board Game Motivation Profile, we ask gamers to list specific game titles that they enjoy, so we’re able to directly explore what games solo board gamers are playing. One basic way of doing this is to sort the list of games by frequency. If we do that, here’s the top 10 list:

One drawback of this method is that we’re not taking into account the baseline popularity of these game titles, so some of these titles may just be generically popular across all board gamers. As an analogy, everyone buys milk at the supermarket, so it doesn’t make sense to recommend someone to buy milk.

To adjust for baseline popularity, we can divide the local frequencies by the baseline frequencies (i.e., is this game more likely to be mentioned compared with the baseline?). And here’s the top 10 list we would get:

The games that appear in both lists—the ones that are both prevalent and disproportionately popular—highlight the gaming profile of solo board gamers. These are all games with a rich theme (whether horror, high fantasy, or island survival) with high production values in terms of the artwork and components. They allow a gamer to take on a believable role—typically a named character with a background story and unique set of skills—in a richly-detailed alternate world.

Are You a Solo Gamer?

If you’re a solo gamer, did you always prefer playing solo?

Do the findings above align with your board gaming preferences? What do you look for in a board game? Did you always prefer playing solo, or was time/gamer availability a factor?